The Predator GD711 Gaming Projector is one of Acer’s latest line of gaming projectors which supports up to 240Hz refresh rates and 4K UHD, and in our review of it, we’ll see what the Predator GD711 has to offer. 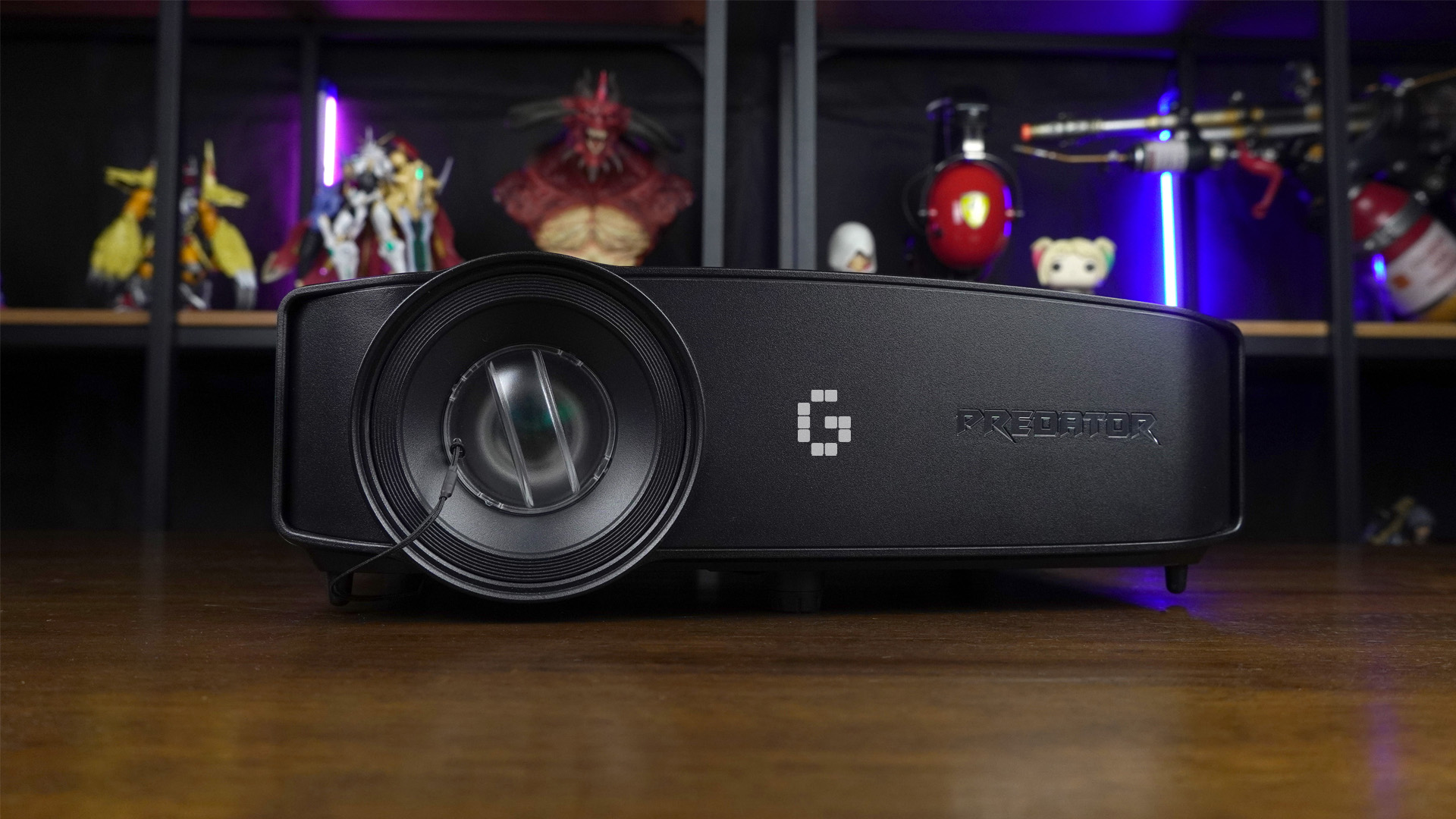 The Predator GD711 comes with a sleek black color scheme and of course also brandishing the Predator logo on the top part of the projector as well as the having the buttons to control the projector like the Menu and Power button. The Predator GD711 also comes with a remote control which you use that even has a litter cursor that shows up on the display. One of my main flu with that cursor that it moves extremely slow but not fret, the GD711 also has your traditional D-Pad selection so you can opt for that instead of using the cursor. There are two ventilation mesh at the two sides of the projector for device cooling purposes, and it blows out warm air constantly but since this is a projector, the warm air being blown out shouldn’t matter since you’re most likely sitting away from the device. But that can also be fixed with the help of the Acerpure Purifier to help freshen out the warm air that’s released from the projector. Personally speaking the white design for the Acerpure Purifier goes well with the Predator GD711 with their color contrast of white and black respectively which appeals to my aesthetic choices immensely. The Predator GD711 has three rubber stands where you can turn to adjust the overall height of the stand for the projector. At the back of the projector, there’s some I/O ports which features 2 HDMI 2.0 ports, 2 USD Type-A ports and a 3.5 mm audio jack as well as a slot where you can plug in the wireless dongle. The operating system that the GD711 runs on is Android – Aptoide where you can also use the built-in app so that you can watch stuff even without needing to connect to any of your devices which can certainly be handy at times if you just want to show a friend a meme on Youtube but you’re too afraid that they’ll judge your previous browse history.

Once you’ve set up your projector, you can pretty much leave the projector to do the keystoning by itself which is extremely helpful, there’s also a manual option to do the keystoning and relatively easy to do it, since I managed to figure out within a few seconds. Although I personally wish that there was a way for me to know if the corners are at the right angle or not.

The wireless connection for the Predator GD711 is a lot easier since you can pretty much just do it through the built-in Android system loadout. And once you have it connected to the internet, you’re able to select the one with wireless connection on the menu and have it be connected up on either your PC or Phone. Yup, you can also project the display on your phone too so in any scenario that you wanted to play any mobile games from your phone onto the big screen, you can do so with the Predator GD711. Having an Android phone myself, I’m not sure if you’re able to use any iOS devices to connect it to the projector. I’m not entirely sure if this is just only an issue from my end but when trying out the wireless connection where I had the projector be connected to my PC, there seemed to have problem where the image being projected had constant flickering, but when connected to my phone, the issue wasn’t present anymore.

Even if there was no problem with the flickering images, I personally still wouldn’t recommend using the wireless connection option when connecting with your PC. The audio delay that comes out from the projector seemed to be at least half a second.

The wired connection on the other hand, by connecting the projector with an HDMI cable, you’ll be greeted with absolutely stunning visuals. And while my set-up is too broke for 4K resolution, even in 1080p the visuals still looks wonderful. I tried out some games like Soul Hackers 2 and Ghostwire Tokyo where those two a pretty colorful games and the projector manages to make the colors pop out more. The Predator GD711 also offers a variation of different color modes, such as gaming, movie, dark cinema, etc. And there’s just about a mode for just about any scenario, like during my gaming sessions, I would use the gaming bright/light setting since I prefer the brighter and vibrant colors that the mode offers and while watching movies, I’d opt for the dark cinema mode instead of the movie mode since it makes the images less bright and not white-out so that it prevents my eyes from getting burned out.

Although, the one major flu that I have with the Predator GD711 is that the built-in speakers are less desirable than anticipated. While it’s certainly loud, it can be too loud at times. Even at half volume you’re able to hear the audio even when you’re outside of the room. Being loud doesn’t necessarily make it better, if anything it amplifies the weakest part of the projector and I had eventually gave up using the speaker and used my headphones instead. 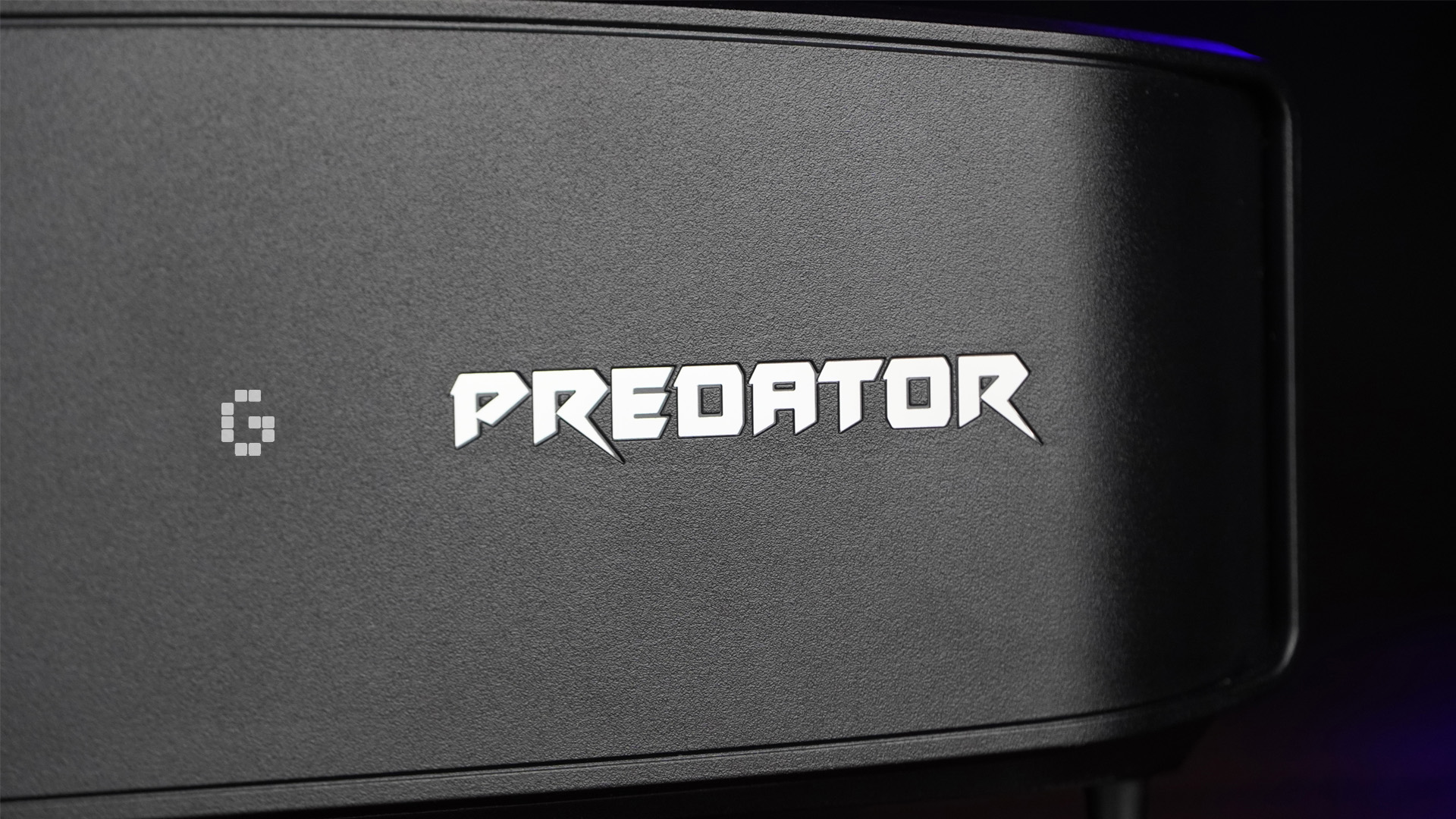 While I’m certainly not snobbish when it comes to projectors, I feel like the Predator GD711 did a pretty good job. I personally enjoyed my time playing games and watching movies using the projector. Admittedly the setting up part for the input source switching for the projector did take some time to get used to, it’ll be easier to set up once you get the hang of it.

The image quality of the projector is crisp and while some of scenes where the lighting is darker than usual and it can get a bit difficult to see, you’re able to adjust the settings to make it better. I also like that there’s so many options for me to choose from the various color modes. But the downside is that the audio quality from the built in speaker isn’t as good so I would either recommend getting different speakers or just headphones.

To those who are interested in The Predator GD711 projector is priced at RM4,999 and can be purchased here on Acer’s Shopee Mall store here. Alternatively, you can check out the product here on the official Acer website.